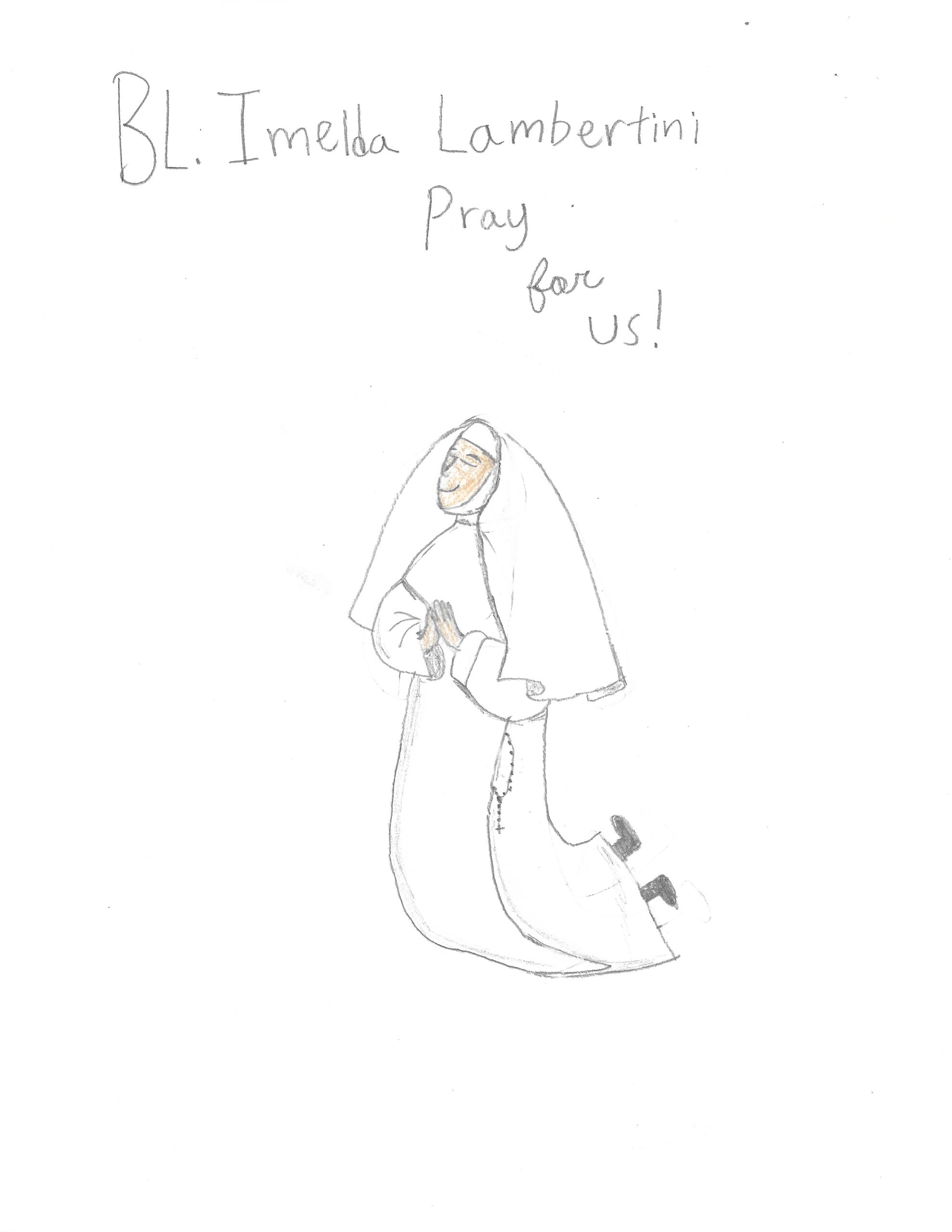 One wonderful day Imelda Lambertini was born. Her father was a Captain General so her family was quite wealthy. As she got older she loved giving everything to the poor. She was a very pious child and at a very young age she had a great understanding of the Catholic Faith. Also, she longed to receive the Eucharist, but the age to be able to receive the Eucharist, at that time, was 14.

When Imelda turned five she begged her parents to let her receive the Eucharist, but they said there was nothing they could do, she just had to wait. She would often talk to her favorite saints, St. Tarcisius and St. Agnes.

When Imelda was nine she asked her parents if she could become a nun. Imelda’s parents talked quite a while about it and finally said yes.

Imelda entered a convent known as Val-Di-Pietra. She worked and prayed very hard there.

One day when Imelda was 11, she stayed after Mass for a while begging  Jesus to come to her in the Eucharist. Then a Consecrated Host came out of the Tabernacle and hovered over her head.

The other nuns were wondering where Imelda was. A wonderful fragrance of flowers led the nuns into the chapel where they saw the hovering Host. They very quickly called the priest.

When the priest saw the miracle, he had no doubt that Imelda should receive the Eucharist. He wasted no time and placed the Eucharist on Imelda’s tongue. There, Imelda stayed kneeling for hours.

When the nuns told Imelda it was time to go, they discovered, to their great shock, that Imelda was dead! She had died of joy only minutes after she received Jesus. Soon crowds flocked to the chapel to see the little saint. Imelda’s parents were sad that their only child was dead, but they were experiencing a most wonderful happiness that their sweet Imelda was in Heaven!