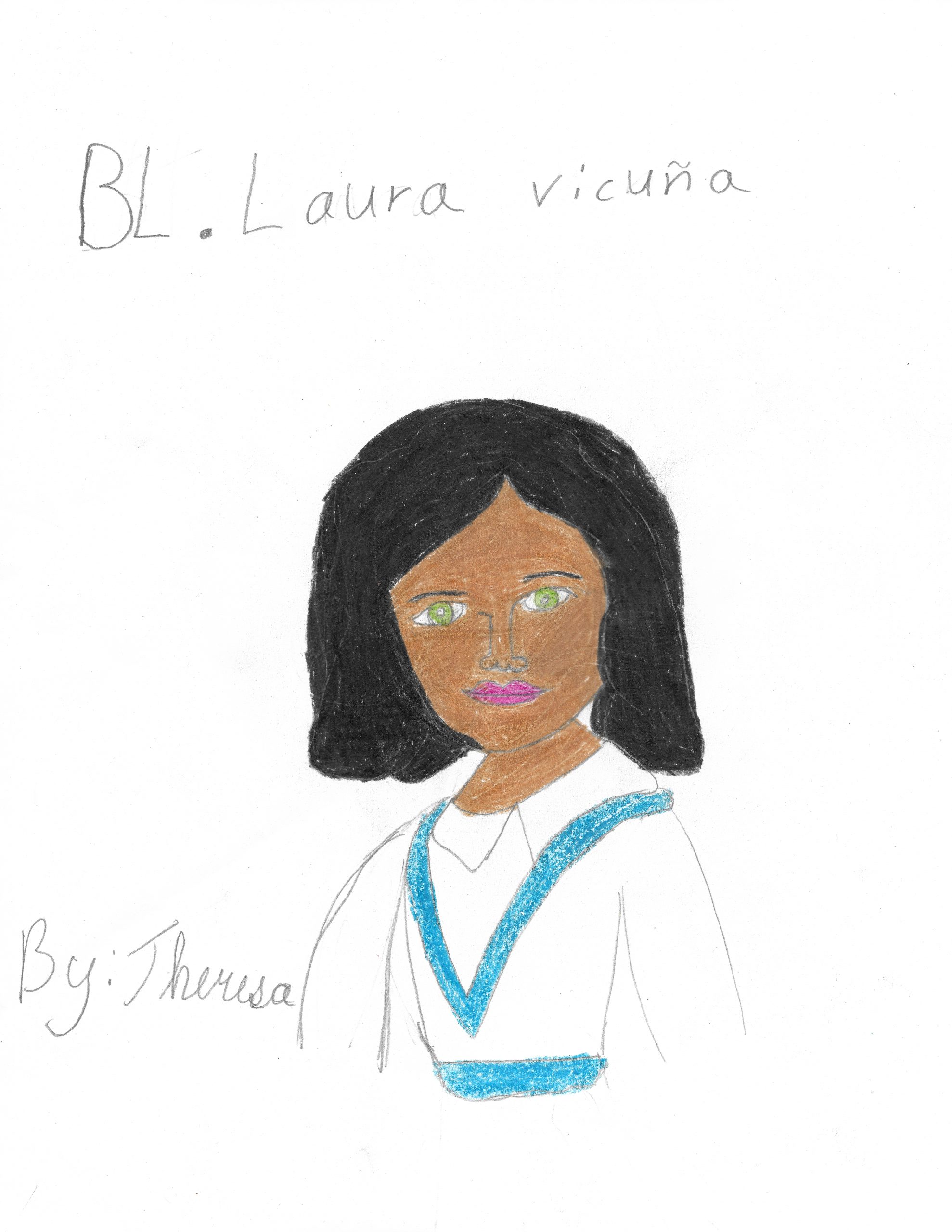 Laura was born in Chile in the year 1891. She was only two when her father died. She also had a sister named Julia. They helped their mother to run a little store.

She loved her sister and she was happy. Even though she was poor, she helped the other poor children.

He was very mean to her and her family. Mr. Mora arranged for Laura and her sister to go to a school run by the sisters of Mary.

Laura loved school, but when she went home for holidays Mr. Mora tried to hurt her. It was difficult and she offered it all to God with a pure heart.

She went back to school, then she became very ill. Her mother came to care for her, then Mr. Mora came for a visit. He was drunk and announced that he would stay with them at the school that night.

Laura was scared to stand up for herself, but God was with her as she calmly said ”if he stays then I go.”

Mr. Mora was so enraged that he beat her very badly and she died on January 22. She was only twelve.

Good examples to remember from the life of Blessed Laura Vicuña: She endured many hardships as Jesus did on His way to the Cross and was not afraid to stand up for herself.