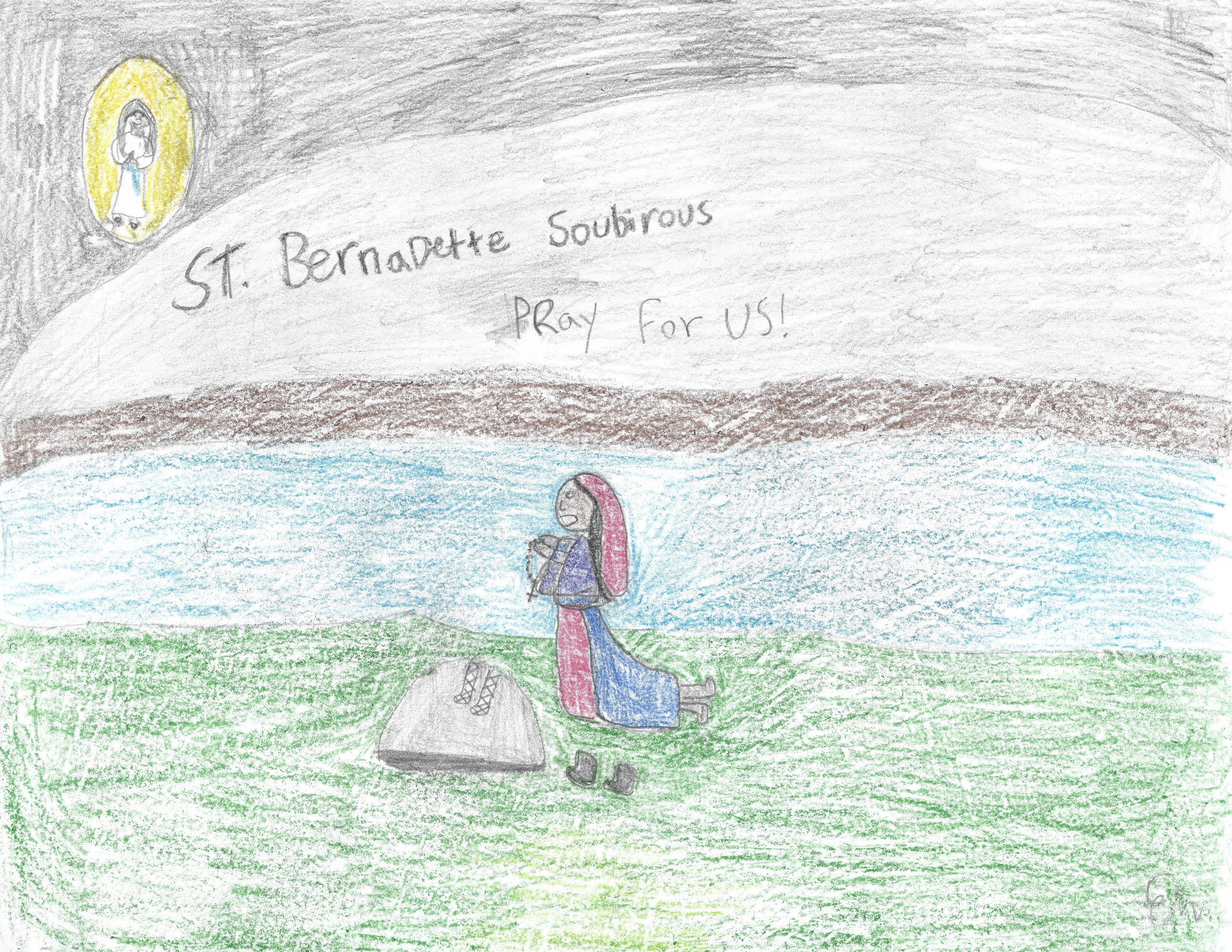 Patron saint of: children of alcoholics and people with asthma.

Bernadette was born in Lourdes, France in January 1844. Growing up she lived in Lourdes with her family and their house was actually a converted jail.

Her father was an alcoholic and she was an asthma sufferer but did not complain.

On February 11, 1858, the Virgin Mary appeared to her at a pig’s grotto near Lourdes. Bernadette reported further visits from Mary from February-March 4.

The authorities put her through some tough interrogations, and though she grew very tired, she remained faithful through the trial.

On February 25, Mary told Bernadette to dig a spot near the grotto, from which came a spring, with healing waters.

On March 25, Mary told Bernadette, “I am the Immaculate Conception!” Mary also said a chapel should be built there.

Authorities tried to stop the work, but it continued.

In 1866, Bernadette joined the sisters of Notre Dame in Nevers. Here she died from tuberculosis on April 16, 1879, still holding close to her visions.

Pope Pius XI canonized her a saint in 1933. And at Nevers you can still see the incorrupt body of the saint.

Good example to remember from the life of Saint Bernadette Soubirous: She held firm in her Faith, through life and death, trial and joy!