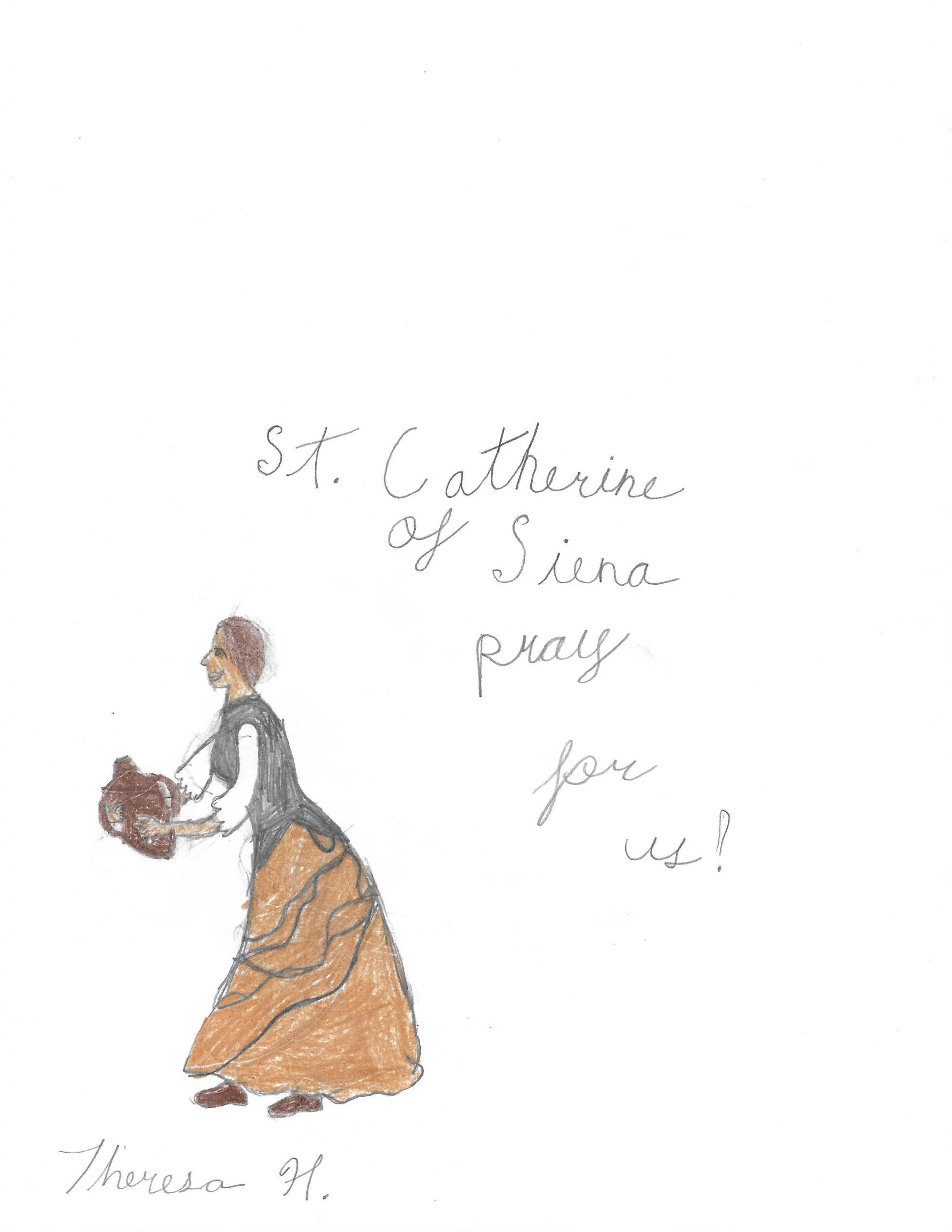 Patron saint of: philosophers, scholars, and protection against sudden death.

Catherine was only six-years-old when she went with her brother to deliver a package to their sister, who lived with her husband a little while away.

But as they were walking past the Dominican Church she saw Our Lord Jesus and some saints around Him. As this was all happening, she knelt down.

Her brother didn’t see anything, so when he saw her kneeling he said, ”are you coming!?”

At that moment the figures disappeared.

”Yes,” she answered, and they continued on their way. But she never forgot the saints in the sky.

Years went by, Catherine was now 12 and the day came when her father and mother wanted her to be married. Catherine was greatly troubled with this news, because she believed she was called to dedicate her life to God as a single person.

She went to her adopted brother who was a monk and when she explained her story to him, he said, ”cut off your hair.”

He didn’t think that she would do it, but she did.

When her mother found out, she was so furious that she made Catherine a servant in their large house. Catherine never complained about her many chores. Her biggest sorrow was that she could not go to Mass.

One day her father saw her kneeling with a dove hovering over her head. When she was done, he asked her what the dove was doing in that room. She said that she was only thinking about The Holy Ghost. Her father was stunned.

Good examples to remember from the life of Saint Catherine of Siena: She sought to be faithful to the will of God, even if others tried to stand in the way.