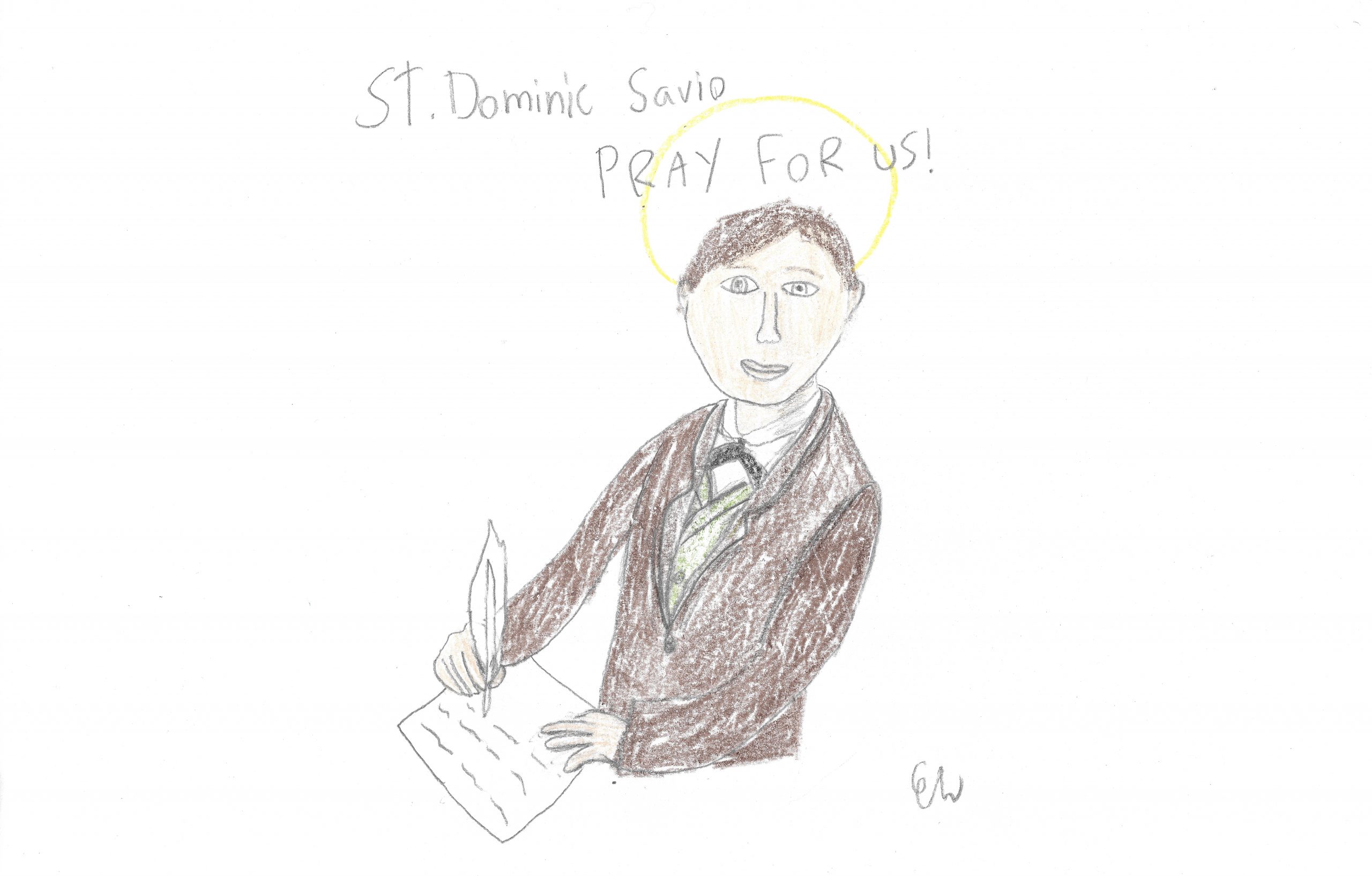 Dominic Savio was born in Rivia, Italy in 1842. He was five years old when he became an altar server. When he was 12, he became good friends with St. John Bosco. He told him he wanted to be a priest. Then he joined John Bosco’s school.

Everybody at the orartory loved him because he was always cheerful even in hardships. He was diligent in work and in prayer. Dominic was also sickly, and after two years he had to go back to his home.

When Dominic was dying he saw beautiful things. He was less than one month away from his fifteenth birthday when he died. St. John Bosco wrote the story of Dominic’s life.

Dominic was always faithful to the rules which he had written on his first Holy Communion Day:

1.   I will go to Confession and to Communion often.

2. I will keep holy the feast days.

3. Jesus and Mary will be my best friends.

4. I will rather die than commit a sin.

Good examples to remember from the life of Saint Dominic Savio: He was always cheerful and kind, he loved to pray, and he studied diligently.