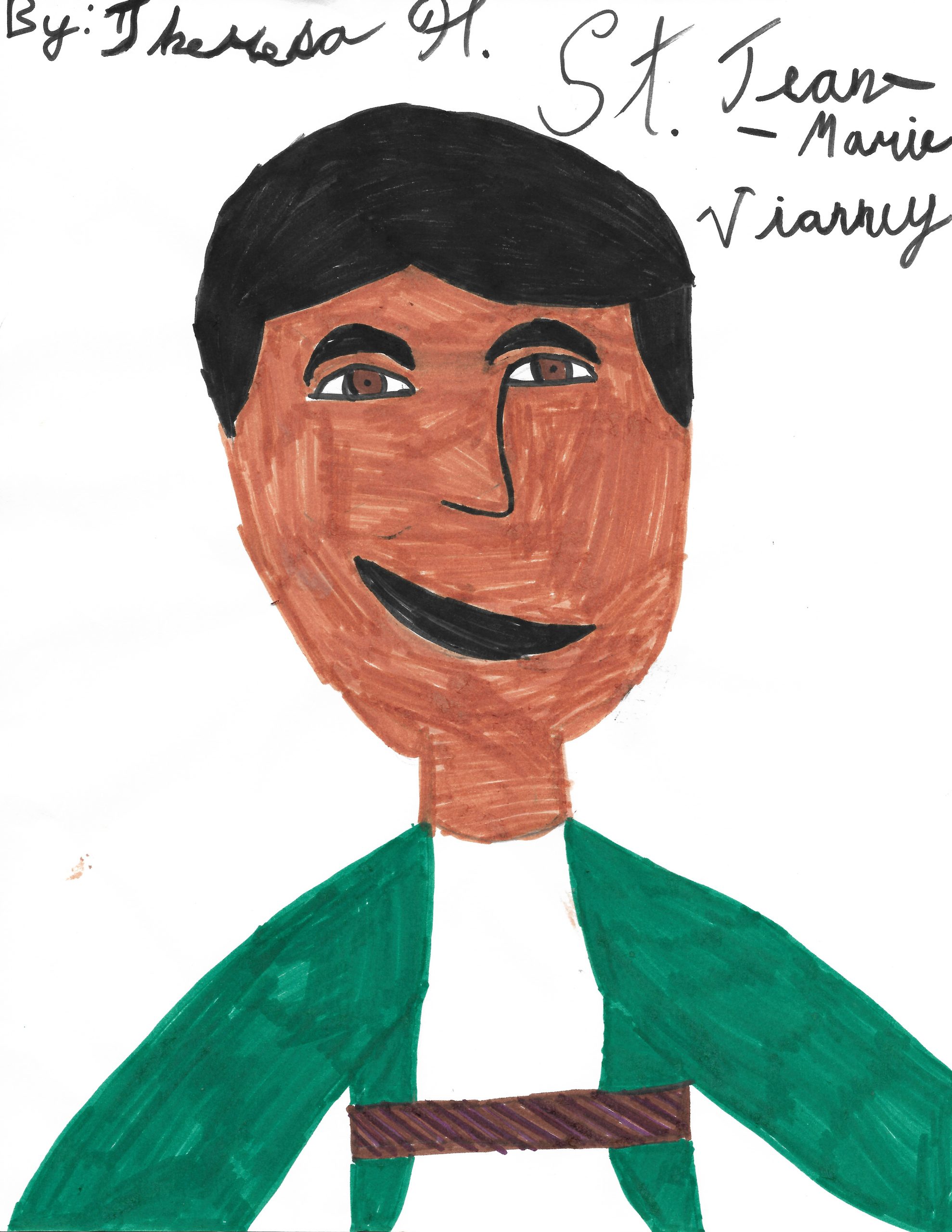 Jean-Marie was only eight years old when he wanted to become a priest. During the French Revolution his family hid priests in their house, and it was then that Jean-Marie developed a new love for the priesthood.

He did his best to please his mother and those around him. One day his mother told him to give his little sister the rosary beads that he loved so much. Of course he obeyed, but he cried as he did so.

In return, his mother gave him a special statue of the Blessed Mother Mary that was handed down for generations in his family. He loved it so much that he kept it in his pocket and when times got hard he would lift it up, whisper a little prayer, and keep on going.

Good example to remember from the life of Saint Jean-Marie Vianney: Jean-Marie had a profound love for Mary and would turn to her in prayer when times were hard.