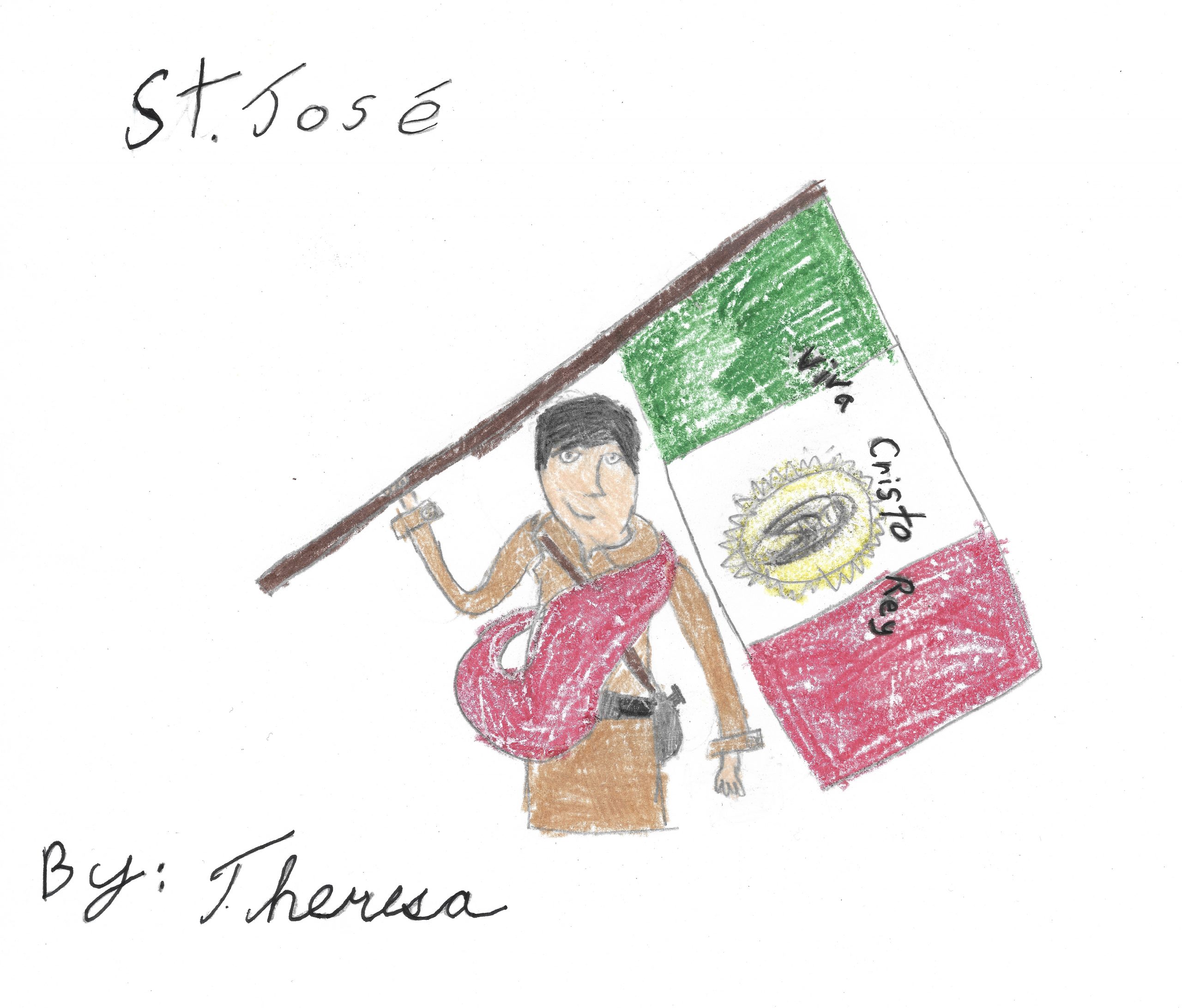 When St. José was 14 he joined the Cristeros, a Catholic army fighting to stop the Mexican government from closing their churches and arresting their priests.

José was given a bugle, a banner, and a rifle. He was not meant to fight, but he was the official bugler and banner holder.

He was caught and a man called La Aguada, and his gang, told him to say, “Death to Christ the King.”

Then they skinned his feet and made him walk to the cemetery where they made him dig his own grave. He started to shout, louder and louder: “Viva Cristo Rey!”

When he shouted, “Viva Cristo Rey y Santa Maria de Guadalupe!,” he was shot and killed.

Good examples to remember from the life of Saint José Sánchez del Río: Even though he was scared, he never denied Jesus.