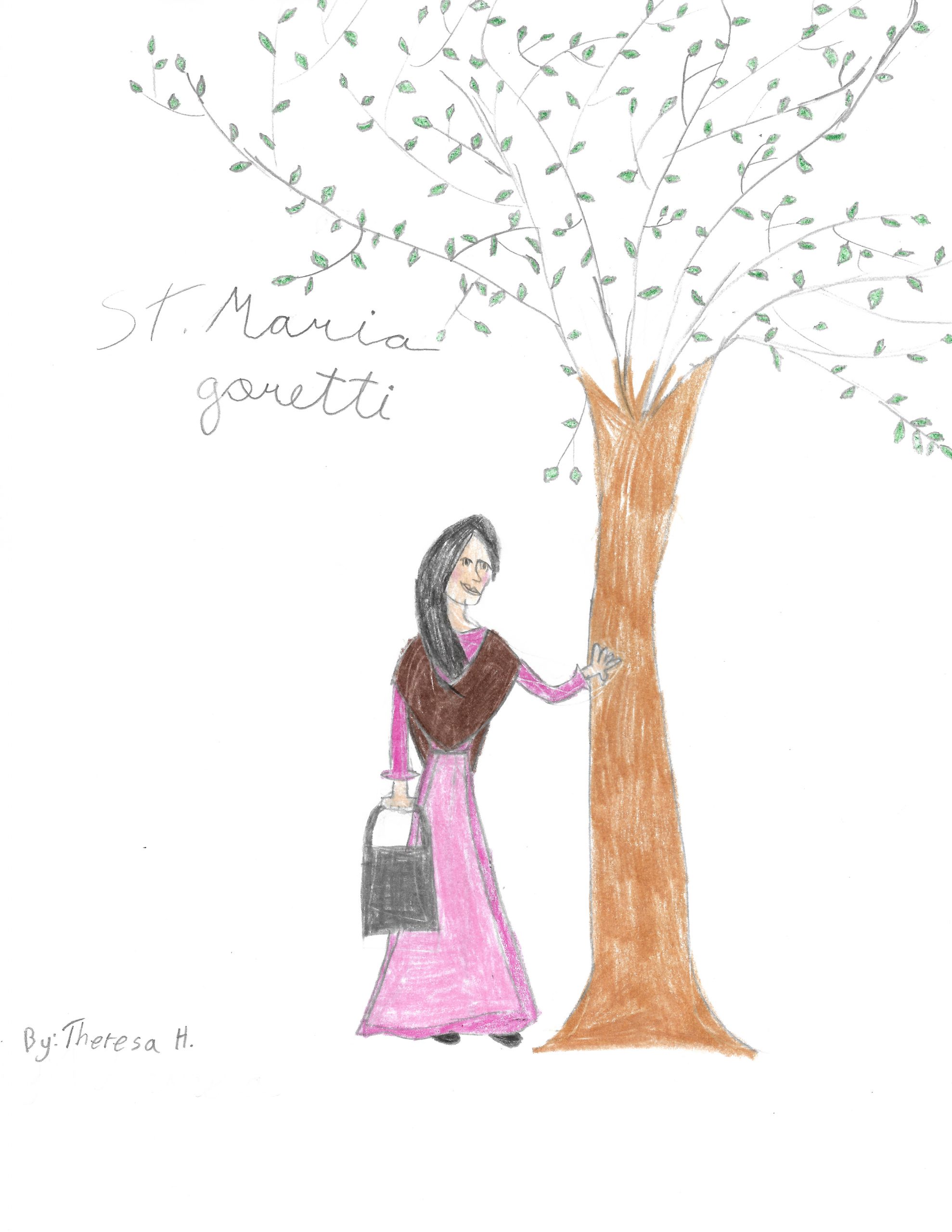 Patron saint of: youth, children of Mary, and teenage girls.

Maria was known for her lovliness, chastity, and strength in God. At the end of her life, it was that strength in God that pulled her through. According to her situation, she did everything that was expected of her to the full and then some.

When her father died from malaria, Alessandro, a fellow worker consumed with hatred, made several attempts to rob her of her virginity. One day when Maria was at home cleaning and watching her youngest sibling, Alessandro attempted to hurt her, but she said, “No! Alessandro, it is a sin!”

Enraged, Alessandro stabbed Maria 14 times. She died the next day from blood loss after giving Alessandro her forgiveness. She was only 12 years old.

Good examples to remember from the life of Saint Maria Goretti: She protected her purity and forgave the man that killed her body, but not her soul.