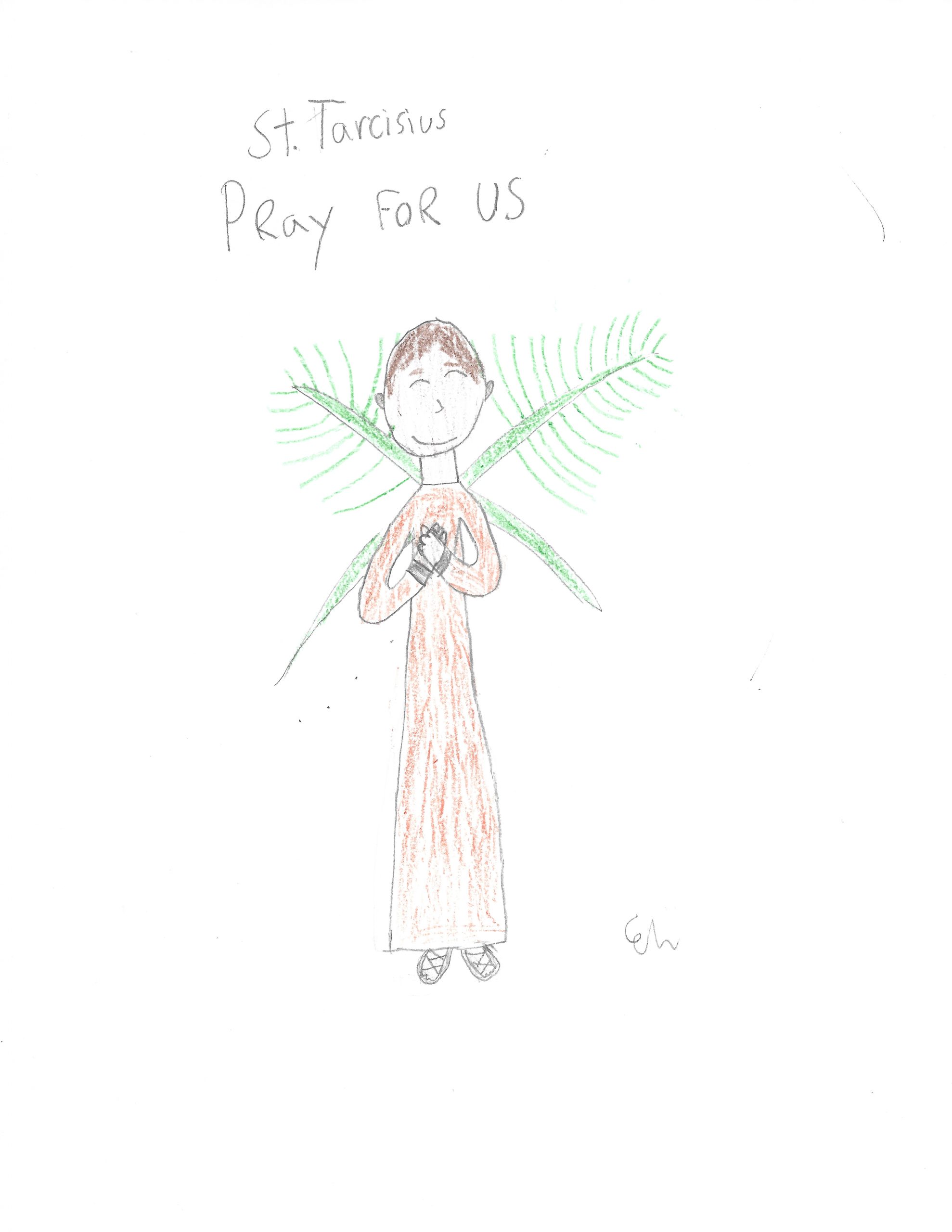 Lived his earthly pilgrimage from: Around 255 A.D.

Tarcisius lived in Rome under the rule of the Emperor Valerian. At this time, all Christians were ordered to be put to death. Tarcisius’ mother was martyred.

One day the elderly Pope Sixtus called all the Christians together in the catacombs. There were Christians in jail who eagerly desired to receive the Eucharist. Pope Sixtus asked who would volunteer for this dangerous quest. Tarcisius presented himself before the Pope and said, “I will go.”

At first the Pope disagreed, but Tarcisius won him over with the argument, “Because I am a child, nobody will notice me.”

The next day, some friends of Tarcisius were waiting to play a game with him. They asked him if he wanted to play. He said, “I will play tomorrow, but first I need to finish my duty.”

They asked him what he was carrying in his arms, but he did not tell them. They threatened him for a long time, but he did not give in. Then they guessed he was a Christian and that it was the Eucharist. So they picked up stones and threw them at him. Tarcisius prayed that God would give him strength and he managed to run a few steps, but he fell and his blood gushed, but he did not open his arms.

A Christian Roman soldier was coming that way so the boys ran away. The soldier brought Tarcisius to Pope Sixtus, who was astonished. Tarcisius pressed Jesus close to his heart and died.

Good examples to remember from the life of Saint Tarcisius: He guarded Jesus with his life and even though we probably will not have to do that, we should ask St. Tarcisius to give us a greater love for the Sacrament of the Eucharist!

St. Tarcisius, pray for us!